Clearing Out the Chametz, Even Now

Sometimes we know the right thing to do but we don’t let ourselves express it for fear that, if we do, we have to change our behaviour. This is why I’ve been quiet on this blog for a couple of weeks – because I know that the more I type, the more I have to change. 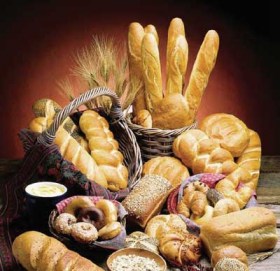 Not long ago, we celebrated the festival of Pesach during which Jews are not allowed to eat or even own any chametz – leavened goods. Usually people think of chametz as being bread, pasta, cakes and so on – traditional foods that we avoid on Pesach. And certainly Pesach is a time for assessing what really goes into our mouths and what we need, as opposed to what we want, to eat. This year, as with previous years, my weight has dramatically dropped since Pesach – I’ve lost nearly 6 lbs in two weeks – because I’ve realised that I was just eating and eating and eating. Pesach this year has really made me stop and think about what I’m doing to my body and how I was physically puffing up like the chametz that I stopped eating.
For most people the prohibition against chametz stops at consumption but it’s actually much more. We’re not allowed to have chametz in our homes, we shouldn’t see it on our property and this brings out an entirely differing perspective of chametz. Chametz can be not just that which we imbibe but that which we own. And it’s not too much of a stretch to then go from chametz being the puffed-up food that we own to chametz being anything puffed-up that we own. What I mean is what is often called “stuff.” We’re surrounded by “stuff” – we fill up our houses with stuff. Some people have so much stuff that they need separate storage areas to hold onto it – they actually pay people to hold onto their stuff for them! I’m not that bad but I am pretty bad. I like trinkets, I like to hold onto things that help me remember days gone by, or people, places and events. Really, though, most of it is just chametz – I could take a photo that would take up much less storage space that would still serve the same purpose.
I’m beginning to think that the focus on chametz, and perhaps the true purpose of Pesach, is about reminding us about what it is to have a simple life. Yes, when the Israelites leave Egypt they load up their wagons with Egypt’s riches and, yes, I’m aware that the nomadic desert existence can easily be romanticised by someone living in 21st century England, but surely there’s a message relevant for today’s consumer society in the idea that the Israelites can live in the wilderness on manna for forty years. There must be a place of balance between nomadism and consumerism and I think that’s where I want to be.
Most Jews focus on chametz for one week every year but I’m trying to consider it more as a personal ethic for every day. I’m wondering if the combination of bal tashchit (not wasting) and the abstention from chametz (in the sense of anything that is puffed-up) can become key parts of the external expression of my internal struggle. But they can’t be the only parts because otherwise I would abstain from buying or engaging in anything for fear that it was wasteful or just triviality. There needs to be something that balances bal tashchit and chametz from an ethical perspective, more than from a peer-pressure-you-have-to-live-like-everyone-else perspective. So now my internal search is for what that element will be. Once I understand my core ethical/religious principles, only then can I really assess how different my actions are from my principles and only then can I change how I’m living.
Posted by Rabbi Neil Amswych at 22:23