What to Pray for an Election?

Talmud talks of how important it is that we do not waste our prayers. For example, one who sees a fire in their town from afar cannot pray that it not be their house on fire, since it either is already on fire or it isn’t, and prayer cannot change that reality. When it comes to praying before an election, what prayer, then, might be appropriate?

In the Mishnah (Avot 3:2), Rabbi Chanina, the Deputy High Priest, says that we should pray for the welfare of the government for if people did not fear it, they would swallow each other alive. In the past, I always read this as a positive sentiment, reminding us that we need overarching structures to protect ourselves. We need to social security net because our capitalist structures do, essentially, swallow up the poor and the economically fragile. Now, though, I cannot help but read this as a “law and order” message, a cynical attempt to maintain the status quo by insisting that without the current structures, society would rapidly devolve into chaos. That message doesn’t say anything positive, it just renders any form of change terrifying. The story of Rabbi Chanina is fascinating and, I believe, extremely relevant to us today. At first, he distances himself from the patriots who start to object to Roman rule, as made evident in the Mishnah I quoted. Later, though, as it became more apparent to him how barbarous the Romans were, and how much they focused their attacks on the Temple service, he changed his approach to the ruling power and sided against them. Perhaps I have become too cynical now, but it seems to me that his earlier maxim about praying for the government was only when it worked for him. From his position of privilege, he was able to hope for everything to stay as it was. As soon as negativity came into his life, he rallied against it. If Chanina were a voter in an election, it’s probably not too much of a stretch to say that he would be the kind of voter who chooses their candidate on how they personally are affected, and not the rest of the population. Chanina is so privileged and cut off from the rest of reality that he cannot see the brutality of the Romans until way too late. His mishnah protects the oppressor – it asks the community to ignore the faults of those in power for fear of what may replace it and uses extraordinary hyperbole – the idea that people would eat each other alive – to scare people into keeping what is already problematic.

In his commentary on this mishnah, Rabbi Marc Angel says that “if the government is immoral, one certainly should not pray for its welfare.” There are two difficulties to this – firstly, who determines what is immoral and, secondly, what happens to communal prayer? With regards to who determines what is immoral, what we usually see around elections is that there are widely differing understandings of morality – people who protest injustice and people who say those protests are unjust, people who say that life begins at conception and those who say that it begins at birth, people who say the government should protect the vulnerable and those who say that taxation is theft. Indeed, in this country the question of morality is often a deeply religious one – between those who believe that their reading of the Bible is what should determine morality, and those who do not since we do not live in a theocracy. One reason for the lack of decent political discourse in this country is the deliberate infusion over the last forty or so years of religious statements of morality into political discourse. Another is the fact that both people on the left and the right tend to talk in terms of absolute morality – of right and wrong – which is particularly ironic when one considers the underlying message of liberal belief. What is considered moral to one person is often immoral to another, and even if there are alienable rights determined in a country’s constitution, it has become absolutely clear that those absolutes are also subject to reinterpretation and thus modification over time.

The second issue I have with Rabbi Angel’s position is that it cannot work in a public setting, for example in a community where people are always going to have differing political views. In such cases, does the Rabbi become the arbiter of the community’s morality? That’s not really what the Rabbinate is any more – that was only the case back when Torah was seen as the only morality that mattered. There is a prayer in our siddur, on page 258, for our country. The first part – in slightly smaller font - is a clear quotation from Isaiah 58 that acts as a kavvanah, an opening intention, for the prayer that follows. That prayer asks that our leaders be granted “wisdom and forbearance” and that they govern “with justice and compassion,” but otherwise talks more in terms of the general country, almost as if to say that the government only makes up part of a country. 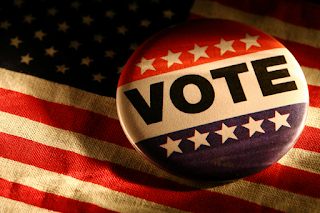 On this Shabbat before a crucial election which still hangs very much in the balance, I find the prayer by FDR from 1940 (From The Faith of America, Ed. Mordecai Kaplan, et al., edited and adapted by Dennis C. Sasso) to most deeply resonate, and so I share it on this Shabbat:

In every community in our nation, friends and neighbors will gather together around the polling place. They will discuss the state of the nation, the weather, and the prospect for their favorite sports team. And I suppose there will be a few arguments.

But when you and I step into the voting booth, we can proudly say: “I am an American, and this vote I am casting is the exercise of my highest privilege and my most solemn duty to my country.”

We vote as free people, impelled only by the urgings of our own wisdom and our own conscience.

Dictators have forgotten – or perhaps they never knew – that the opinion of all the people, freely formed and freely expressed, without fear or coercion, is wiser than the opinion of any one person or any small group of people.

After the ballots are counted, [we pray that] the United States of America will stand united. [The] people of America know…that we have a reservoir of [faith and] strength which can withstand attacks from abroad and corruption from within.

On the eve of this election, we all have in our hearts and minds a prayer for the dignity, the integrity and the peace of our beloved country:

O God, who has entrusted to us this good land for our heritage, may we always prove ourselves a people mindful of Your favor and glad to do Your will. Bless our land with honorable industry, sound learning, and pure manners. Save us from violence, discord, and confusion; from pride and arrogance, and from every evil way. Protect our liberties, and fashion into one united people the multitudes brought hither out of many kindreds and tongues. Endow with the spirit of wisdom those to whom … we entrust the authority of government, that there may be justice and peace at home and …among the nations of the earth. In times of prosperity, fill our hearts with thankfulness, and in days of trouble, suffer not our trust and faith to fail. Amen.

Posted by Rabbi Neil Amswych at 10:26