Sunday marked four weeks until the ride so I really needed to be sure I was on the road. Two members of the community called David and Brenda, who do ridiculously long cycle rides, joined me on their tandem. We set out at 6:05 so it was just light enough that we could be seen on the road, although their plethora of glowing safety equipment made sure of that, too! 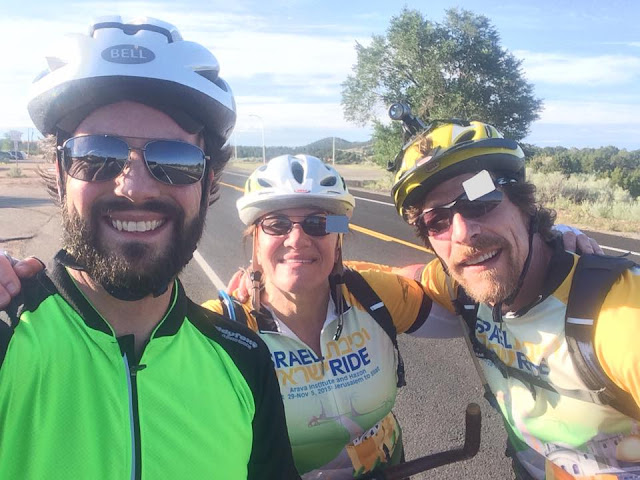 I've never actually seen a tandem in action but it was interesting - going uphill it's very slow but downhill the momentum makes it ridiculously fast. The first twenty miles flew by and David and Brenda had to stop after thirty but I was able to continue for my longest continuous ride so far... 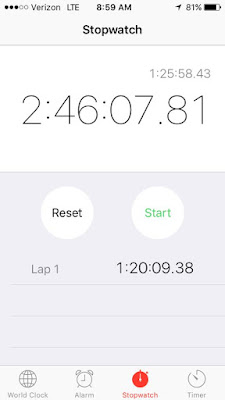 I was in the saddle for just shy of three hours, and covered forty miles at the same time. This was really good going as far as I was concerned. The next day, David and Brenda emailed me to give me one really important piece of advice - "Take it easy!" I have a knee injury and, according to them I'm pounding the road at a terrific rate. It's not Tour de France material but then I'm not training for a race, and that's the point. Apparently, I'm cycling as though I'm racing and I'm therefore risking injuring my left knee further. So, what I need to do is chill out.

That's actually quite difficult for me. When I ride, I ride HARD. I try to beat my best last time. I try to push my limits to see what I can do. You may have noticed that by my concentration on times. It's almost certainly what led to the knee injury, if I'm honest. Brenda and David were adamant that instead of "pounding the road" as they say I've been doing that for the final few weeks I should focus on distance. Shorter rides regularly are better than longer rides rarely so that my muscles get used to constant cycling.

So I took their advice and slowed down. This morning, I cycled 5 miles in about 20 minutes, instead of 18. I actually enjoyed it a little more than usual. Then I cycled to work, then to a nearby meeting, then back, and shortly I'm going to cycle home. That will make 11 miles. Then if I add 14 more miles on this evening, that's 25 miles in a day - far further than previously. If I can keep up a few small rides a day I can really pile on the miles. So that's all great. 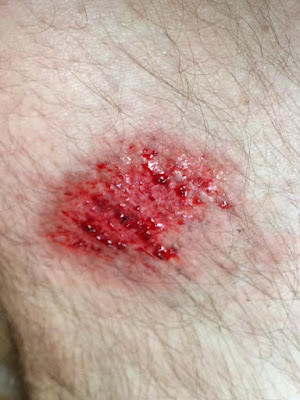 Well, almost all great. You see, the clips are a problem. The people at the bike shop told me that I would fall off the bike once, learn my lesson and then be really comfortable with them. It turns out that that wasn't true. Today as I was casually cycling a couple of miles back from a meeting, I stopped to check a text, because texting and cycling is really, really stupid. Don't do it, children. I sent my reply and got back on the bike. As always, I clipped in my right foot and pushed off on it. As the right foot went down and I moved forward, I went to clip in the left foot but it didn't go in. That doesn't normally happen. I started unbalancing to the right so I unclipped my right foot to put it down. It came out of the clip but not in enough time. I stretched out my leg quickly and because there's metal on the bottom of the shoes, slipped on the tarmac and did the splits perfectly over my bike which was now on the ground. For half a second I was extremely impressed with myself for being able to do that, and that was when I registered the pain on my right knee. This, people, is a road burn. I got back to the office and applied an alcoholic wipe. That was ridiculously painful - far more painful than the wound itself. It's now covered. It's not a crippling injury but it stings and is annoying because clips really are very difficult to get right. They are exactly the problem that I thought they might be.

Some Rabbis give blood, sweat and tears for their community. After training for this ride, I'm now two-thirds there. Hopefully, we'll be able to avoid the tears, though. But if you haven't yet donated, this is the level of dedication I'm giving this community! Please go to https://www.surveymonkey.com/r/655G575 to sponsor me and show that it was worth it! Every donation helps. Thank you.

Posted by Rabbi Neil Amswych at 00:18