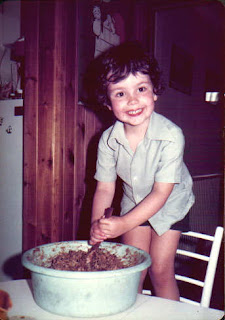 
Seemingly, in today’s world, it is not only possible but perhaps almost socially required for people to be applauded globally for creating something so horrific that it will commit half the species on earth to extinction and threaten the future of human society as we know it. It is seemingly the done thing to applaud those who dabble in what environmentalist Aubrey Meyer calls the “economics of genocide.”
I’m talking about the outcome of the COP talks in Durban that just closed with the agreement to talk about ways to reduce carbon emissions in nearly a decade’s time. Not a commitment to actually do something practical in terms of reducing carbon emissions, but a commitment to talk about committing to do something. If mass death weren’t the projected outcome of this, it would be almost comical. But since that it the projected outcome, it isn’t funny at all.
There is a pervasive social view that so long as we reduce carbon emissions by 60% by 2050 then everything will be hunky dory and we’ll hold the global heating effect (not warming, it won’t be cosy) to within 2°C. With that amount of warming, it is generally held that while there will be serious social ramifications, human society will survive, albeit modified. The problem with that pervasive view is that it’s nonsense. Imagine the atmosphere is a balloon and every minute you put in 10 breaths of air. Imagine also that you plan by five minutes’ time to have reduced the number of breaths you put in by 60% - from 10 to 4. After five minutes, how many times have you breathed into the balloon? The answer depends on when you reduced the number of breaths. If you did it immediately, from the very first minute, then it would be 4x5 = 20 breaths, something a balloon could handle. But if you waited until the very last minute it could be (10x4)+4 = 44 breaths. Your balloon would have burst.
Delaying immediate reduction of greenhouse gas emissions allows these gases to accumulate in the atmosphere, so they build up. It’s a cumulative effect. So now we have an Emissions Gap – the gap between the emissions reductions that are needed and those that are being pledged. It’s a gap in carbon accounting, basically, that seems like an economics exercise but is, in fact, playing with peoples' lives. The Emissions Gap is now huge. If we accept the agreement made in Durban, then instead of trying to hold back 2 degrees of warming, we’re probably looking at 4 degrees, enough to kill millions of people, alter human society forever and render around 50% of global species extinct. This isn’t alarmist, this is what we know best on tested models. Even scarier, these models are conservative in their estimates because they don’t take feedback mechanisms into account that could destabilise the entire climatic system.
And what’s the front page on the newspapers? Either news about the Euro or news about a girl-band winning X-Factor. Sometimes when I look in the Reality Gap – the gap between what most people in society think is important and what really is important - I think we probably deserve what’s coming to us. The horrifying truth, though, is that the thousands upon thousands of impoverished people in the world who will now die from famine and drought in the coming hundred years, didn’t deserve it. Their future suffering is something we have now essentially locked into place. Still, so long as we don’t leave our TVs on standby after the X-Factor, it’ll all be okay, right?
Posted by Rabbi Neil Amswych at 14:43 1 comments